Curry or Kari means a liquid or semi liquid food which gets from proper use by blending of spices.Curry and gravy both words has the same meaning in Indian cuisine. Gravy is the English word for the curry. The word comes from “Kari”, which is from the Tamil language. Leaves of the curry tree are known in Tamil as 'Karuvapillai'. They added flavour to the curry. Some also claim the origin of curry comes from the word Kadahi or karhi, which is an iron wok shape cooking utensil used all over the India.

These words sound differentially but have the same meaning:-

Rasa
Curry is also known as rasa in the many part of India. “Rasa” is a Sanskrit word means "juice, essence or taste". Tambda, Pandhra, Varhadi are the few rasa preparation.

Tari
Tari is an Urdu word means juice of vegetable and Meat cooked with water and spices.

Tarkari
Tarkari is a vegetable preparation of both Hindu and Muslim communities in many part of the India.

Kadhi/Karhi
It consists of thick curry based on chickpea flour, and contains vegetable fritters called pakoras, to which sour yogurt is added to give it little sour taste. 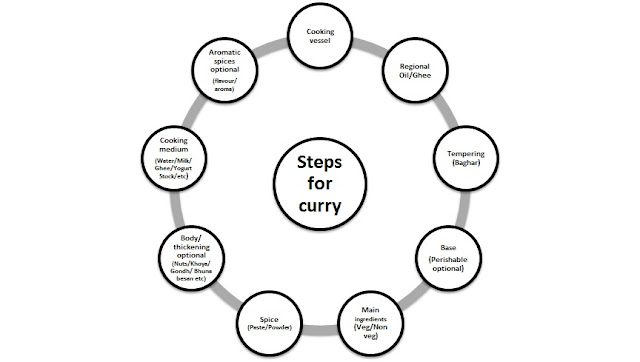 Curry varies not only within the religious, communities but from area to area, curry influenced by the staple food of the area – in the north wheat grows the food (breads) is dryer and the curry is thicker in the south where rice is staple diet, curry are thinner. Climate too plays its role and because of the rain fall vegetable grows in abundance and make vegetarian curry varied and exciting. It is the different combination of a handful of spices that produce the most delectable dishes in the world called curry. 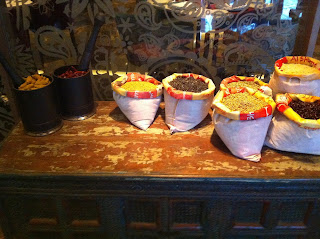 What is a Spice?
A spice is a seed, fruit, root, bark, berry, bud or vegetable substance primarily used for flavouring, colouring or preserving food. A spice has various properties likes: - Flavouring agents/ Enhance and vary the flavours of the food / Act as preservatives / Nutritional & Medicinal.

Each single spice that goes into making the curry has a specific role in aiding digestion, toning the digestive system and helping the absorption of just the right nutrients from the food. Additional aromatic spices like cloves, cinnamon and cardamoms and flavourings like fresh ginger and herbs to give each curry an individual flavour.

Hot and cold properties of Curry

Keeping medical criteria in mind one can divide curry inner properties into two distinct groups. i.e., hot & cold which play a vital role to the health of the consumers. Curd, milk, melon, fish, raw mango, onion, sour products, these ingredients are high in water content and has cold properties are used to make the curry in summer. While the energetic, hot and the curry with blood is consumed in winter due to their hot nature. Meat, ginger, ajwain, Dal and honey are good in winter to warm the human body.

The sensation of flavour perceived in the mouth and throat on contact with a substance is called taste.

Persian also ruled India time to time they introduced all the exotic spices, nuts. They also used yogurt in their curry food.
Their influence is widely seen in North Indian cuisine. They brought meat delicacies like korma and kofta.

Moghul
In the 16th century mogul emperors made strong impact on Indian curry they were brought to Indian markets. There relations with Hindus also help to create the Mughlai curry so unique and popular that no further innovation or improvement required. Muslim cooking was based on meat. Their influence was strongest in north and central India. Since then, well known Mughlai dishes were evolved which have soon developed into an important culinary art and is part of Indian cuisine.
The Ain I Akbari describes the three classes of delicacies in the royal court of Akbar.

The first class is sufiyana the curry with no meat. Saag, dal and vegetables is eaten with khushka, Khichiri and zard birinj.


The second class of delicacies is rice and meat both. Rice, haleem, pulao, biryani, shulla etc are few names of the preparations.

The Third class in which meat was cooked with ghee, spices, curd, eggs etc. to give such curry dishes as yakhni, do-pyaza, dumpukht, qaliya and malghuba.

Lavish curry dishes were prepared during the reigns of Jahangir and Shah Jahan.


The Portuguese reaches in Bengal in the late 16th century. Chhana of Bengal Indian cottage cheese, ‘paneer’ was result of Portuguese influenced.

British’s
Britain gets credit to bring Indian dish curry in front of the rest of the world in 18th century. Curry was first introduced in coffee houses in Britain as spicy sauces, which added to bland boiled and cooked meats, fishes and vegetables. Indian recipes were published and curry powder was made commercially available in the Indian market. The word curry was primarily used for a spicy stew flavoured with curry powder or a paste made from the powder and oils. 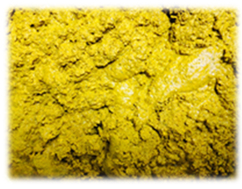 Anything cooked with spices is curry for Britishers.
Jalfrezi the leftover meat pices tossed with onion and vinegar, chop a potatoes cake, cutlets dipped in egg and crumbed fried are now part of the menu. English mustard give birth to the famous Kasundi mustard.

Regional
India is a sub continent, equal in size to Western Europe, but without a single common language. It has about two and a half times the number of people, several language scripts and many more religions. So it is not easy to label its cuisine under a single heading. The regional dishes from different parts of India are influenced by regional, availability of ingredients and old traditions and customs, many of them being influenced by the different invasions. 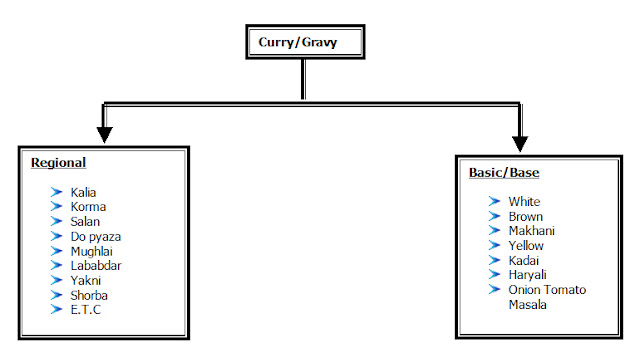 Kalia–A widely used variety of rich curry prepared all over India. The basic constituents are – meat, milk and dried nuts such as cashew, pistachios and nuts with turmeric and saffron. This curry is normally associated with – Awadh, Kashmiri and Bengali cuisine. Kundan kalia, Chandi kalia and Mahi kalia are some Awadhi delicacy invented by the bawarchi and rakabdar of Nawabi court. Use of gold leaf is compulsory inclusion lends a touch of luxury to kalia.

Korma–Aromatic and widely acclaimed gravy. This is thick, semi dry or thin curry made from the onion, curd, stock and essence. The colour can vary from white, yellow, orange and green. Oil/Ghee as an ingredient is liberally used in its preparation. This Persian influenced curry is further made famous by the kitchens of Lucknow.

Salan–The curry originated from the cuisine that catered to the Nizam of Hyderabad. Initially it was used to pickle the vegetables but somehow the taste was so good that it made way into the Nizam’s curry which was used as an accompaniment to the delicious biryanis. Experiments with different vegetables were done while cooking it with the gravy and thus different salans were originated. In Awadh salan is meat base gravy.

Do pyaza–One of the famous dishes from the Mughal emperor Akbar court, "Mughal do pyaza" was a meat preparation. Which means double onion.
Another philosophy about it is the meat cook with vegetables is known as do pyaza example: - shalgam do pyaza or gobhi do pyaza

Mughlai–As the name itself suggests, it was introduced to India by the Mughals in the time of Mughal Emperor Jahangir. The original gravy was prepared with the mutton stock and was off-white in colour. Later on people experimented with it and a few different colour shades were originated. Turmeric / saffron used for yellow coloured gravy.

Lababdar–A type of masala base curry made with onion and Nuts. This curry was introduced to give a little wetness to the food which would otherwise have been totally dry. The idea was simply to coat the main dish and to enhance the taste as well as the eye-appeal to it. This curry is used with both forms of the food – vegetarian as well as non-vegetarian.

Yakhni–This is curd based smooth curry made with onion. The curry is mild in spices and highly aromatic. Normally made for mutton based dishes. Stock is a main ingredient to make the curry. It is normally off-white in colour.

Shorba–A nutritious curry of thin consistency that is traditionally prepared overnight on a slow fire. Initially it was made for non-vegetarian cuisine but the popularity soared so high that cooks experimented with a few vegetarian ingredients with success. 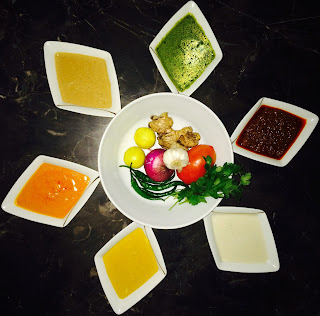 Here is the recipe of brown gravy for your reference

Method:-
Cookery terms and techniques use to make curry

Baghar
Baghar means to fry the curry in the ghee or oil before and after cooking.

Dhungar
Dhungar means to give smoke in the prepared dish by placing a katori(bowl) with a live charcoal in the vessel and put a drop of ghee or the masala of which you have to give smoke cover the vessel tight for 5 minutes.

Bhunao
Bhunao means to fry the curry till ghee or oil starts separating from the masala.

Dum Pukht
Persian influence cooking technique, dum literally means 'breath' and pukht is ‘to cook’. In this process Semi-finished ingredients put in a vessel, sealed with flour dough then a cover lid is placed over it and the heat (burning charcoal) is applying both from top and bottom. It is also called Dum Bakht. This cooking style was adopted and experimented by Awadhi rakabdar. The curry, cook through this philosophy has unique flavour, aroma and texture.


I hope the above insight on curry will help to understand it in a better manner.